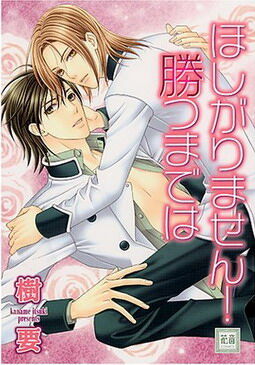 Beautiful and popular Nakatana Hiyori falls in love at first sight with underclassman, Amano Kasumi, his roommate at the boy's dormitory.

Overcoming a rare case of nerves, his big confession returns the reply Okay!? From here on, being in the same room with his mutual love, they can only move forward?

...Or that's how it was supposed to be, but Kasumi won't even let Hiyori touch him! What will become of Hiyori's burning body?!

After I Win Images[]